God doesn’t call us to be comfortable. He calls us to trust Him so completely that we are unafraid to throw ourselves into situations that will result in trouble if He doesn’t come through.

Moses, or Moshe Rabennu (Teacher), is an important Judeo-Christian prophet. Famous for leading the Israelites out of Egypt and delivering the Ten Commandments in Exodus, Moses had an unusual childhood.

Moses was born in a time when the Israelites were an enslaved minority and were increasing in population. As a result, the Egyptian Pharaoh worried that they would ally themselves with Egypt’s enemies and thus ordered that all newborn Hebrew boys be killed in order to subdue the Israelites’ population. Moses’ Hebrew mother, Jochebed, secretly hid him. Moses, however, ended up being adopted into the Egyptian royal family after being found in the Nile River.

After killing an Egyptian slave-master who was abusing a Hebrew, Moses fled to Midian, where he encountered the burning bush.

The part about Moses’ story that strikes me can be found in Numbers 11 when the journey becomes long and hard, with little to eat. Everyone starts wondering whether they made a mistake, whether they should just return to Egypt – as they were better off there. The Israelites were tested by God and had to make sacrifices to preserve their freedom. Their freedom came at a price. Luckily, when they had been tried, they called out to God who delivered them.

I try to remind myself of God’s promises. Post-Grad Life has definitely been a time of sacrifice for me. But just as Moses was favored by God throughout his life, I know that God has been overly good to me so many times – and will be again! My goal this weekend is to focus on everything God has provided me, and how blessed I have been in this life.

How has God delivered you? 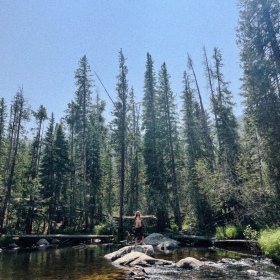 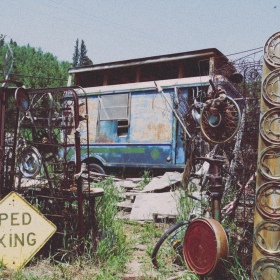